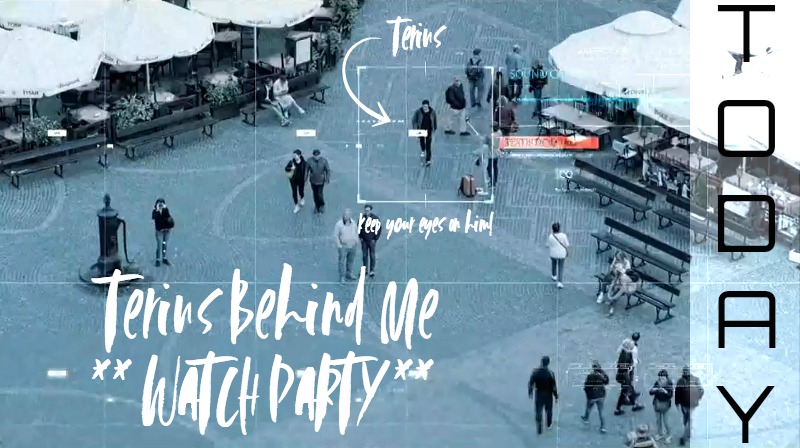 You can watch on Dramafever, comment on #TeriusLiveChat, and listen to TheKThree’s commentary on their YouTube page (and comment on their YouTube!). We plan on recapping Terius Behind Me, but we won’t start recapping it until after our live watchalong so that we can get in on all the commenting goodness.

Be sure to check The KThrees YouTube page so we can all press play on Dramafever at the same time. They are going to be the ones to “ring the bell” so to speak. I will try and embed the video below though I am not sure if a live watch video will embed? I hope it works.

Hopefully the video works and you can see the countdown. But if not then you can always view from The KThree’s YouTube page.

As for a little bit of information about the show. Here is the Premise via Dramafever:

A young widow is determined to uncover the secret behind her husband’s death. She soon learns that neighborly help can mean more than a borrowed cup of sugar

I love how they mention borrowing a cup of sugar because I have definitely done that. Can you imagine if So Ji Sub was the one giving it to you? Here is Dramafevers longer description:

Go Ae Rin (Jung In Sun, Go Go Waikiki) is a single mother. When she lost her husband, she thought her life was shattered. Go Ae Rin soon realizes that something foul was at play in her husband’s death. And unless she figures out what happened, her family will always be in danger.

Kim Bon (So Ji Sub, Oh My Venus) is Go Ae Rin’s neighbor. [He is a] kind and simple-looking man [who] has hidden past. In the world of espionage, Kim Bon is known as Terius, a deadly black ops agent for the National Intelligence Service. There is no criminal he can’t hunt, and no mystery he can’t solve. But, for now at least, he is a civilian.

Jin Young Tae (Son Ho Jun, Go Back Couple) is a former con man. He knows something about the conspiracy that took the life of Go Ae Rin’s husband. However, that doesn’t mean he’s willing to share.

When Go Ae Rin decides to figure out the mystery behind her husband’s death, not everyone is supportive. The deadliest people in the world are watching her, but they don’t realize that she has the legendary Terius on her side, literally.

Terius Behind Me is directed by Park Sung Hun and written by Oh Ji Young (Shopping King Louis). It aired in 2018.

I am in it for the adorable mother of two, just trying to make it, and her bachelor/Jason Borne neighbor who will be babysitting. So excited! 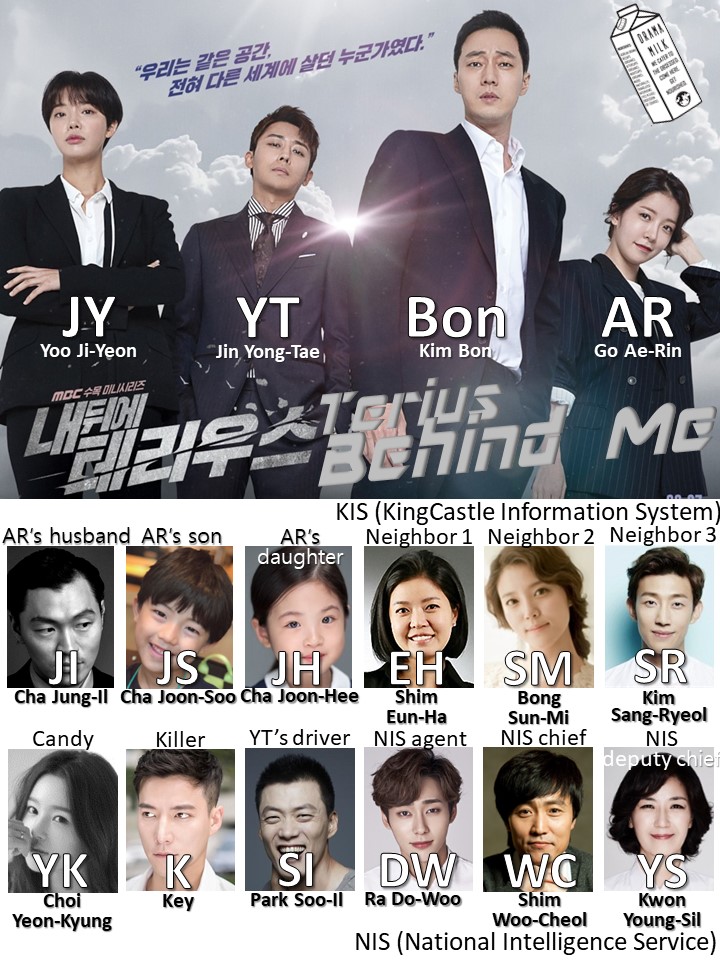