Home > Sketch > Sketch-ish Character Posters for JTBC’s Sketch
Sketch is really ramping up their promotional materials. We had nothing but anticipation to guide us for so long and now we have a teaser and several character posters to dissect. Finally!

Sketch should be an action packed ride about catching a serial killer, but the catch is that it involves using a detective that can see three days into the future in the form of sketches she creates. That is why the opening teaser highlighted a sketch book that was filled with inked images. But then it ran through rapid fire shots of action packed scenes that you could cut and paste into a lot of TV shows. So yeah, not that much to go off of, but it got my interest up.

In the first poster above, Jung Ji-hoon (정지훈), also known as Rain (비), has his arm cocked as if holding a gun. The caption reads, “I have no regrets for my choice. The one who wants to change the future, his name is Kang Dong-soo/Jung Ji-hoon.” In the next poster we get our first look at Lee Dong-gun (이동건) who plays Kim Do-jin. His caption reads “The reason I have to live, what is that? The one who wants to protect the future, Kim Do-jin/Lee Dong-gun.”

The third poster shows us our first look at the clairvoyant detective, Lee Sun-bin (이선빈) who plays Yoo Shi-hyun. Her caption reads, “Tonight, someone will die. The detective who draws the future. Lee Sun-bin/Yoo Shi-hyun.” And lastly is the person I am guessing is the main villain, Jung Jin-young (정진영) who plays Jang Tae-joon. His caption reads The bottom of the iceberg is a lot greater than what you see. The one who wants to have the future, Jang Tae-joon/Jun Jin-young.”

Right now I am most looking forward to the sketches in this drama. I am all about giving people in the arts jobs, so hopefully the production hired someone (or two or three) to create all these drawings for them and aren’t just using a computer program that changes a photo into a drawing (like these posters). I want to see the pen marks dug into the page!

Sketch will air after Pretty Noona, which is kind of sad to think of in a way because that means Pretty Noona is going to end. Say it ain’t so! But at least the show that replaces it is Rain’s (비) comeback drama after taking time for family. 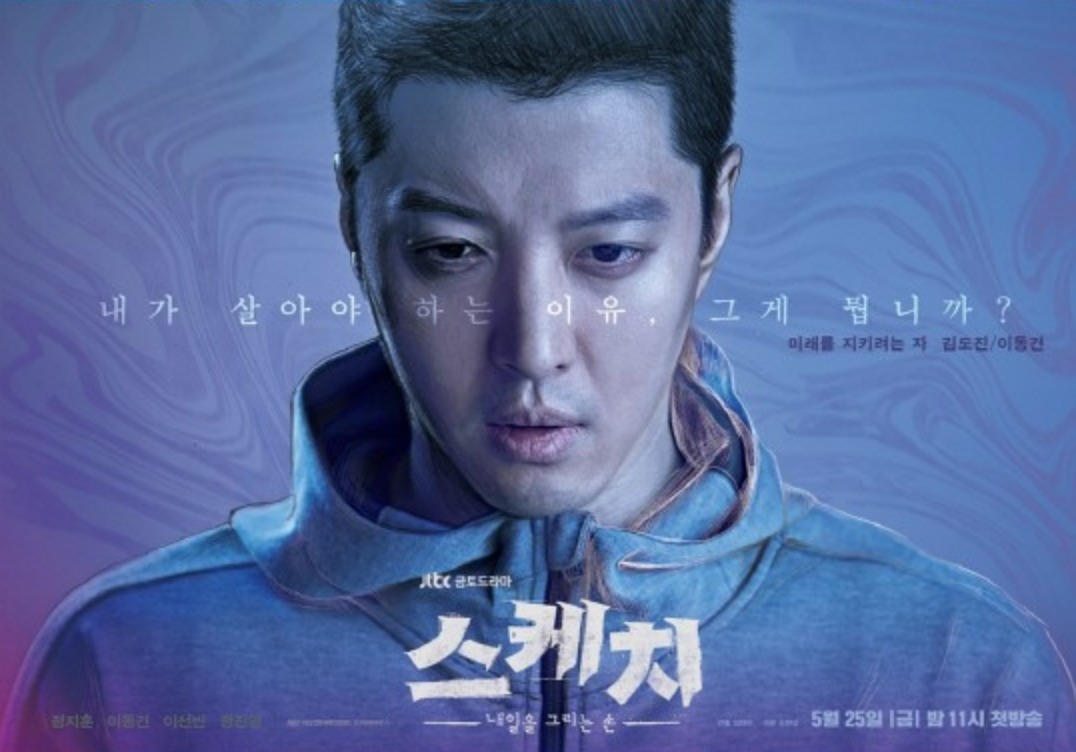 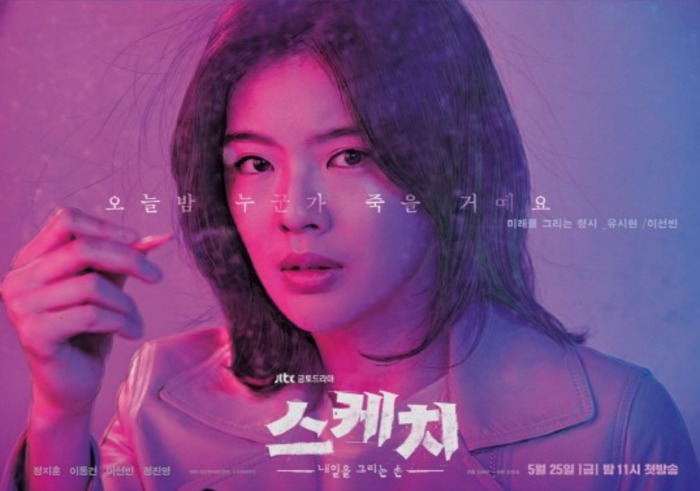 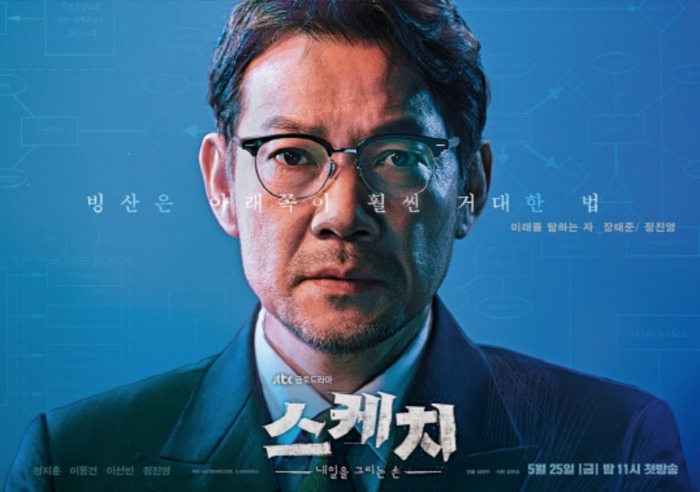