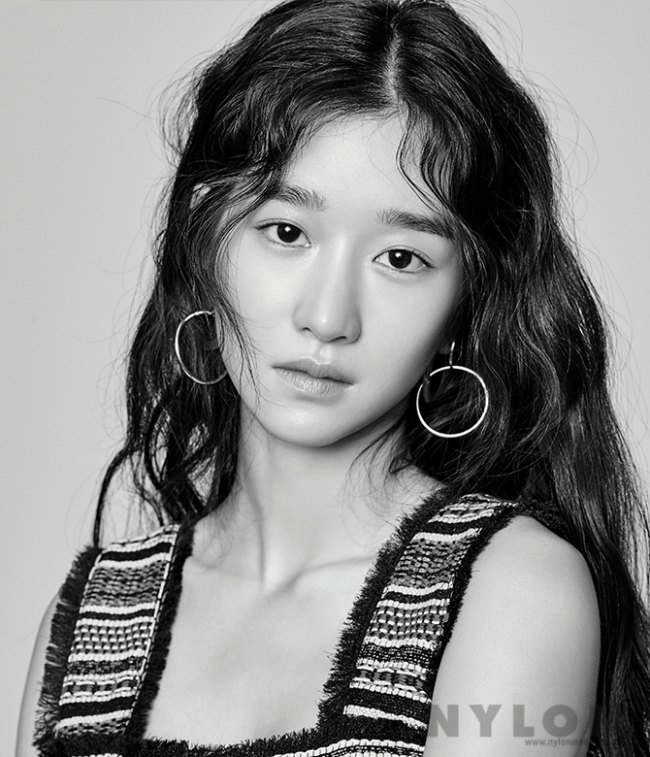 We went through Nylon magazines interview section and found a few interviews we want to share here on Bah+Doo. We shared Lee Joo-young’s a few weeks ago and now we have an interview with Seo Ye-ji (서예지) who is currently in the drama Save Me on OCN. Has anyone checked that out? It looks way too scary for me. But maybe it only looks scary?

We plan on rolling out several more interviews in the coming weeks and picking up another drama to live recap come the end of October or early November! We’re glued to Dramabeans to see which dramas will be the best ones to pick up then. If anyone has any suggestions then please let us know. Also, we are picking back up with Lee Hyori’s Bed and Breakfast this week! We will fill in all the shows we missed up to the most recent one. Seo Ye-ji’s Nylon interview is below and the links for the clothes are at the bottom. Enjoy. ^_^

It was scary and disorganized, but Seo Ye-ji walked her own way and she will walk her own way tomorrow. 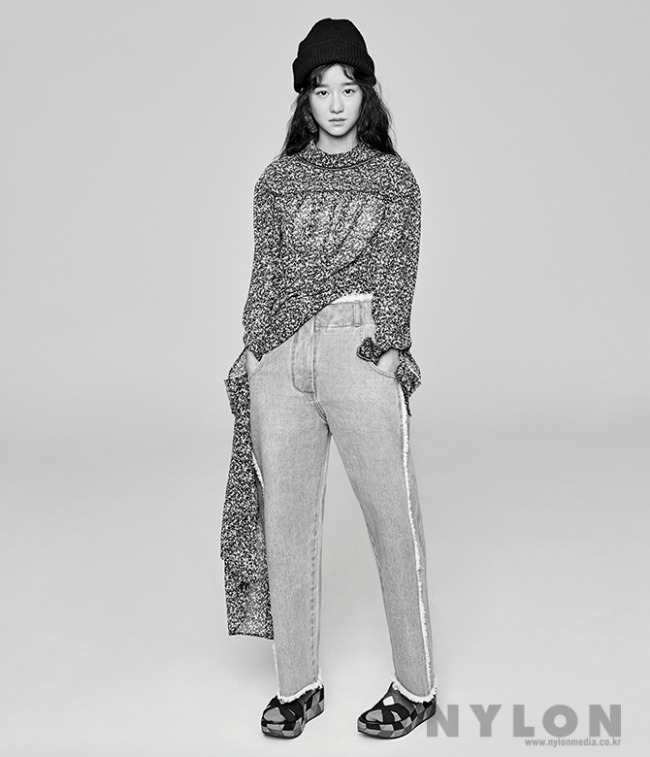 You will find a Spanish idiom ‘Dios Te Bendiga’ in Seo Ye-ji’s Instagram. It means ‘May the blessing of God be upon you’, which she writes when she signs for her fans. She suddenly went to Spain after high school and was unexpectedly cast as an actress when she came back to Korea for a dentist appointment.

“Being brave means being confident. But if you are only brave, you will have to pay for it. I think I have to be careful in making decisions, but as soon as I make up my mind I am not afraid of it.” Maybe it was a blessing from the idiom she always reminds herself of. She tried to deny and doubt it, but she became an actress after all since the tvN drama Potato Star 2013QR3

What do you think about when you come to the shoot?
I think I become a little sensitive. I have to think hard about how to be properly shown in front of the camera because each shoot has different concepts. I have a tendency to be a perfectionist so I carefully research what kind of shoot it is.

How do you like meeting strangers (for the shoot)?
I like interviews because I can show what kind of person I am during interviews. I think I enjoy it myself as well. It is a rare chance to freely talk about myself. Did I have a chance to resolve some of the publics misunderstandings about me? Not quite a misunderstanding, but I had an incidence. Once a reporter asked me, “You have a low voice. It can be liked or disliked, what do you think?” But everything can be liked or disliked, right? I can’t change my voice so generally, I just accept it if someone likes or dislikes something about me.

Misunderstandings… you had one recently. During the press preview of the movie Another Way didn’t you get in trouble after you said you inhaled carbon monoxide from some burning coal during filming?
No. But I was a little embarrassed. In fact, I am very close to the director. We had a lot of discussions while shooting the movie. I wanted to highlight how devoted we were for the movie in the interview, but when I read the interview, it focused mostly on how sadistic the shooting process was.

After the article was published, what did you talk to director Cho Chang-ho about?
We met the day before yesterday as well, we talked about how naïve the actress was and how stupid the director was. We shot the movie two years ago, so we were looking forward to the première. However, the movie became focused this way, and because I said that from my own mouth, I had a heavy heart. However, because all the actors and staff members pleasantly made this movie, we were able to laugh about it.

That is ironic. I thought the movie site was very gloomy and sad because the movie was heavy and serious.
Of course, it has to be gloomy because of the main theme itself and the environment. The topic itself is something that can happen in real life, so it was gloomier. Everyone has extreme thoughts at least once in their life, right? It applies to me as well…. but I think this movie is not about the sadness, it’s more about looking for hope. I found a lot of hope while shooting the movie.

What kind of hope did you find?
At last, Jung-won lives. I asked the director, ‘Is it meaningful for Jung-won to continue to live since she is suffering so much?’ We also discussed this a lot. Then he told me “Jung-won was a woman, a girl who was looking for hope.”

Did you look for references because of the theme of the movie?
I researched how people grew depressed and with what kinds of thought they had and how they make terminal decisions (extreme decisions) because of those thoughts. The main theme of this movie is special to me, but the intention of the movie is more special. It was my first time being in a movie that dealt with real life problems with a certain intention.

Did you ever doubt why the script of this movie came to you?
When I have an offer, I usually research the director. I also look into what kind of filmography the director has. Then I think about why this director wants to make this kind of movie. And I even think, ‘Ah, this part is why the director thinks I am a good fit.” I never thought about why this script came to me.

Do you trust the director’s sense (or feeling)?
Of course, the director thought he/she needs me so if I think I can do it, I accept the offer. On the other hand, if I think I really can’t do it or it doesn’t fit me, I just decline the offer. On the contrary, I thought about this kind of thing. It seems some people just think I am a dark person because my voice is low. So I think my image is skewed to one side… But I try not to think that way. I usually think simply.

What about when you choose a project. Are you involved in your own decision a lot?
About half of the times, when I review my filmography, only a few projects are ones I really wanted to do. There are times that you have to decide in order to go with the flow. It doesn’t mean that I didn’t like my previous choices, but it is about how much I am attracted to the script. I can only ask others about the script if I like it. If I am not interested in it, I don’t ask anyone else’s opinion.

Which points of the scripts are you usually attracted to?
I like multifaceted characters rather than singular characters. For example, if someone is extremely gloomy, she should not be just gloomy all the time, but on the other side, she should show a different character… Long story short, an interesting character makes others guess.

Similar to Another Way, Hwarang is also pre-produced, so you already finished filming. It is rare to experience a movie and a drama première at the same time when both are already finished shooting. Do you watch the drama on air?
I watch an episode more than three times from when I start to appear in it. I usually pay more attention to the post-sync recording while monitoring. But since it was pre-produced, I can’t change it when needed which makes me more nervous. Do you think the princess ‘Sook-myung’ is a villain? Whenever I receive scripts, I asked the director “Don’t you think the princess Sook-myung is too evil? Why is she so cruel to good-natured Ah-ro and Seo-woo?” However, when I am more into her character, I feel like she was a princess brought up cold and lonely. She is learning the life and the warmth of people from Hwarang so she will be gradually changed soon.

Did you have any stunning things happen which caused noticeable differences in your life?
Not much of anything stunning happened, but when I watched the movie Fantastic Beasts and Where to Find Them, I felt some kind of new feeling. I like Eddie Redmayne, he was fabulous in other movies, but he was really fabulous in this movie. I thought ‘Some actors make movies with these kinds of super acting skills.’ It made me pleased.

Did you also think about how to fulfill yourself?
I was thinking about how to be more solid when I move into my late 20’s. Recently I read a book called “Adults are Very Scared.” I finished reading it last night, I am also scared of being an adult.

People are more scared because they are adults. Because when you know more, you can notice things more.
And maybe they are gradually getting weaker? I went to Spain to study right after high school, but I lost all the ambitions that I had back then. I feel like I am pretending more to hide my weaknesses. What is the scariest thing? I think facing a complicated reality is the most difficult thing. When you have a lot of thoughts, you get heavier, then it is hard to act.

Well, there will be a way despite all of those. Do you have a new and different resolution for the new year?
I want to express my mental stress through painting. Kim Ji-soo, one of the seonbaes acting together in Hwarang paints as a hobby. Once I asked her how come she can draw so well, then she told me she never learned how to draw. She told me she draws to have mental stability and she really likes it. I also want to draw and put everything in it. 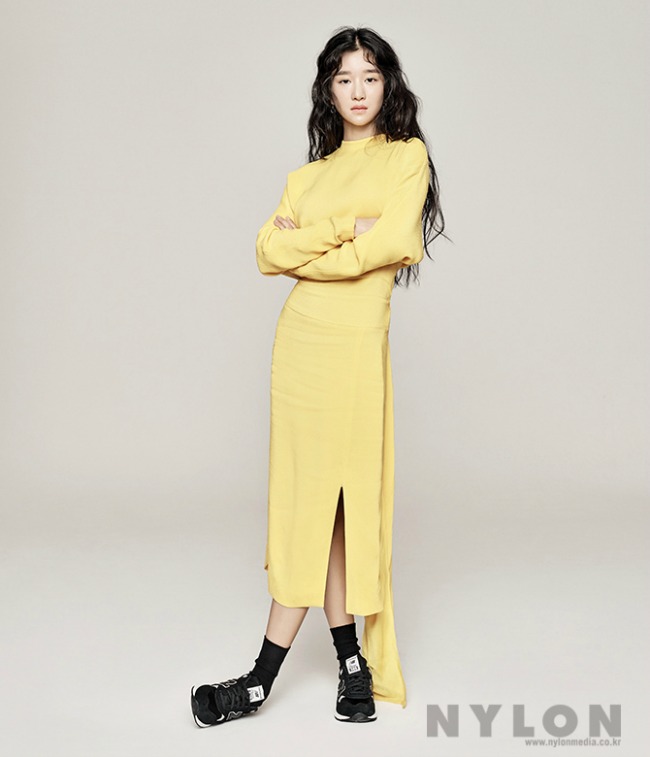 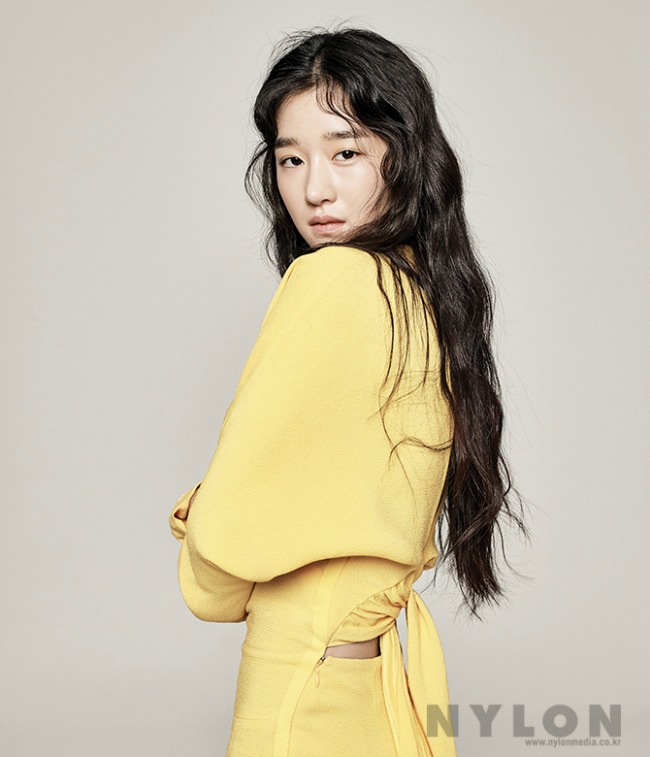 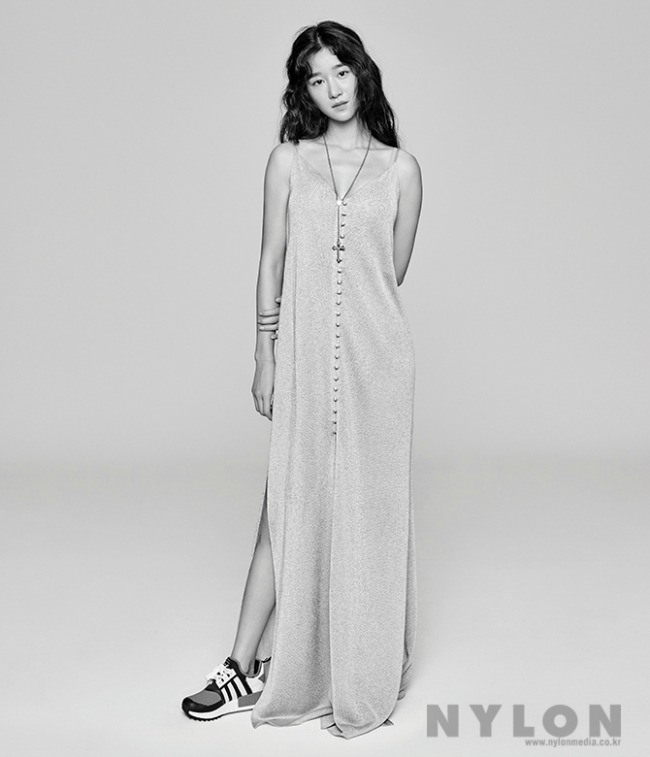 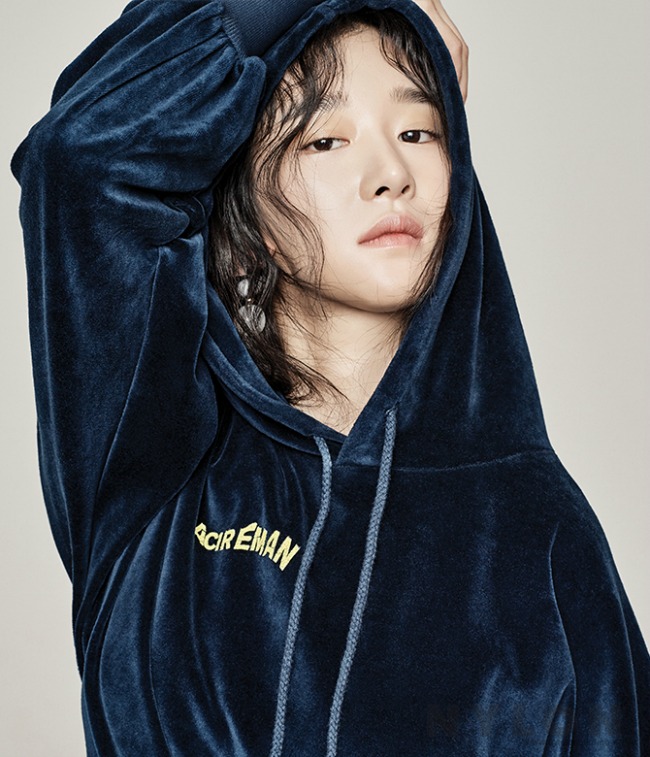