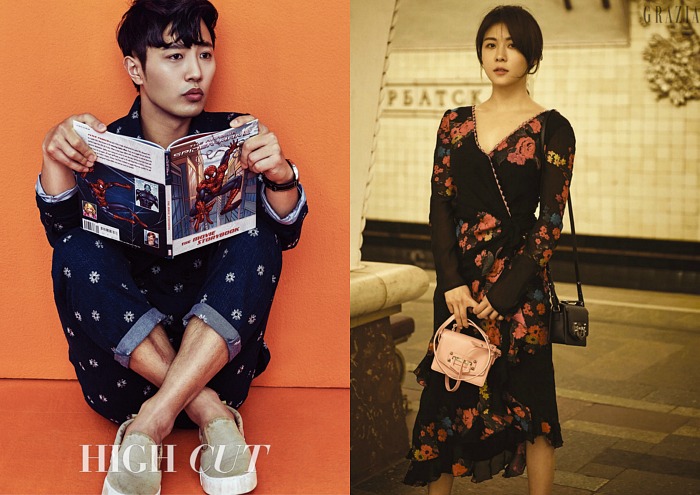 Ha Ji-won (하지원) and Jin Goo (진구) have both confirmed the Korean drama Promethius which is touted as an action packed North and South Korea nuclear weapon scientist hunt drama. I just put all those words together there, but that is basically what is going on. Both stars are worthy of huge roles so I’m interested to see what they will bring to the table.

I think I might be one of the rare Kdramaaholics who has not seen The King 2 Hearts or Descended From the Sun and dropped Secret Garden. I tried watching the first two after they finished their run but I just could not get into The King 2 Hearts and I only watched the first four episodes of DFTS and fell asleep during it (I was so busy at the time) and did not get around to picking it back up, I did like what I saw though. It stinks because both those shows had crazy live watch love that I missed out on.

I watched Secret Garden live, thoroughly became obsessed with the first 2 episodes, but lost interest after episode 9 or 10 and DNF’d it. I think Secret Garden suffered from no plot and relying on cute moments. The back and forth between the leads just grated on me so I had to drop it for my own well being. I wish I ended up loving it though because I love being obsessed with a show.

I am happy that I will get a fresh chance to see them both in Promethius which seems like an action drama worthy of star power. I definitely roll my eyes at a show resting on a nuclear warhead getting out. I mean, can we have any other dangerous incident to spur action? But I feel it will be more of the bait to get the story going and then they will drop it for another story that can emerge at some point. I know, that probably wont happen.

This show is planned for 20 episodes and expected to air in the fall of 2018. I’ll try to bring some more news as soon as it becomes available because this is definitely a show I will have my eyes on.