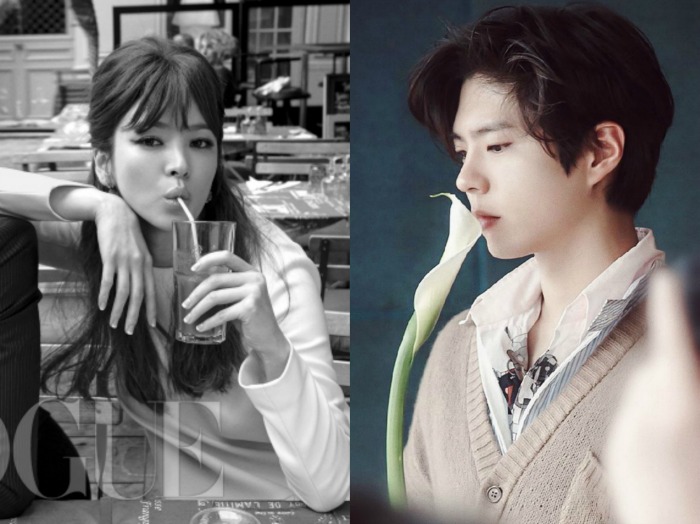 It is officially confirmed. Park Bo-gum (박보검) and Song Hye-kyo (송혜교) will be on the small screen together in an upcoming drama. There will be so much beauty on the screen it will just melt.

Everyone is going crazy about the whole “kissing your best friends wife” thing. But I think about it a little differently.

So now that Song Hye-kyo and Song Joong-ki are married, it probably feels best to Song Joong-ki and Song Hae-kyo for his acting friend to be in a role with her instead of some random dude that may or may not have a future #metoo allegation. I’m sure Song Joong-ki will not feel the need to be on set every single day since his trustworthy friend is with his wife.

So, now that all that is aside. I absolutely cannot wait to see Park Bo-gum back on the small screen. This kid broods with the best of them, the camera loves his feels, and he is one of those handsome guys that can actually act supremely well, not just kind of act, this man can ACT.

I love Song Hye-kyo as well. She brings that old-school hallyu charm that I hope smolders from my screen. Not too sure about the writer because the track record is not the best, but hopefully with this much star power, they will have a team of writers that will help out.

Boyfriend is still looking for a broadcast station and an airing date, but come on, who does not want this drama?