Home > Lee Dong-wook > Lee Dong-Wook the Star Interview Part I: I Will Be Strict with My Kids 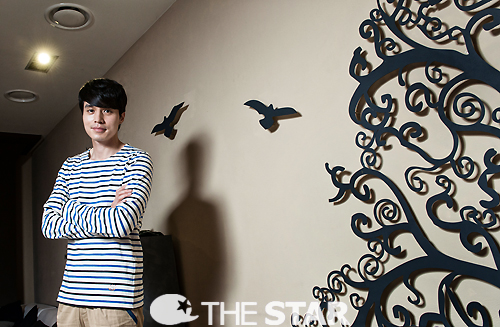 Here is our last Giveaway winner post from our first giveaway. This interview is for MushMush and it is a two-part interview for Lee Dong-wook (이동욱) who has recently shot to new heights of fame after Goblin (or otherwise known as Guardian: The Lonely and Shining God). This interview is from before his Goblin days when he was on the rise and has an interesting A-Z format. The writer also put his comments in parenthesis throughout the interview, which makes for an interesting read. Part 2 will come later on today. Part 1 is below.

Also, we are going to try to post this week, but it will be sporadic. I am posting this one from work as we speak (shh…don’t tell anyone). We are in the process of moving and all the things that go with that like changing addresses/spackling/painting/cleaning/cleaning/cleaning/organizing/packing and all that stuff, then we are moving 16 hours away, so we are in a state of organized chaos. Because of this, we won’t be able to do any live recaps this week, but hopefully we can pick back up next week or the week after. I am going to miss doing them because they are so much fun! I recommend trying it if you can. It is seriously a whole new way to watch dramas and a whole new way to interact with the drama watching community. It is really the best.

We are going to continue posting interviews over here because we can just do those whenever. Our most recent Giveaway will be our priority (I just need to announce the winners! Arghhhhh. Bear with me.). Needless to say the end of July and the month of August will be pretty crazy for us over here. The good kind of crazy. ^_^

We hope you enjoy the interview MushMush. 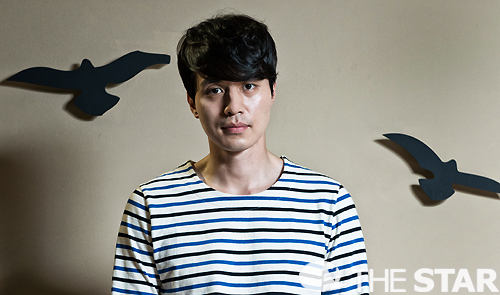 Fourteen years after Actor Lee Dong-wook’s debut, he tried a Saguk {historical or traditional drama} for the first time with the KBS2 drama The Fugitive of Joseon. With his emotional acting of fatherly love, he captured the minds of middle-aged Koreans and successfully finished his new adventure. To take a break from many interviews from various media, we prepared a healing A-Z interview for Lee Dong-wook who is finishing up the last page of The Fugitive of Joseon with beautiful memories.

Before the interview, “We thought you have been asked a lot about what your thoughts were about the finale of The Fugitive of Joseon and when you were going to get married, so we prepared new questions for you.” Then he told us with a big smile, “I am looking forward to it.” I hope all the readers find Lee Dong-wook’s hidden charms from his answers to these questions.

[Acting_ What is the rank of “The Fugitive of Joseon” among your filmography?] (After he counted with his fingers and recited the titles with his lips) around 5 or 6th.

[Baby_ Lee Dong-wook junior] If the baby is a boy, I want him to be athletic. I am not good at sports. If the baby is a girl, I want her to be a pretty girl who listens to me. Regardless, I want them to be healthy and good-natured. I will be strict with them. Tell them to be ready for it.

[Collection_ Collections/collecting hobbies] I like to collect toy figurines and comics. Any kind. Figurines are small, cute, and pretty, so I buy them often when I travel, but my mom told me to stop collecting them, so I will stop buying them so much.

[Drama_ A genre of drama you want to be in] A medical drama. (Maybe a doctor?). A nurse is fine as well (That is new) Or the chief of the administrators. Radiology… (I wish you will do at least one of them)

[Eat_ Favorite foods and foods that you can’t eat] I eat almost everything… I don’t like egg plants. The texture is strange and I don’t like its purple color. I don’t know what kind of taste it has. I eat permeated skate and dried herring, and I like barbecued lamb meat on skewers, tripe, and stir-fried eel. (Your favorite dishes are all side dishes for drinking alcohol?) Ah, right! Alcohol! I never get tired drinking beer. (Laughs)

[Habit_ My habit] Sleeping habit? I have a habit of rolling a blanket and hugging it while I sleep. It is not a bad habit, so I don’t need to change it, right?

[Imagine_ 10 years later] I guess I will work hard to be a good father and husband. Also, I wish I don’t look too much older than now. I want to maintain my look, and I want to be a more trustworthy actor. (When I see your filmography, I realized you look the same as your old pictures, like a Vampire). Actually, I look older.

[Joy_ When you feel joy] Maybe it is because I just finished a drama… When I do nothing? I feel joyful and happy when I go back to my regular life and talk to my friends. I haven’t played baseball this year yet. I will go to a baseball field starting this week, I think it will be fun. I think I will get hit by a baseball while running around laughing.

[Key_ Key to fame] It is kind of awkward to say, but I don’t think I am that famous. I don’t think I am a super star. Because I am an actor, I think people like the characters in dramas, and after I did the SBS variety show Strong Heart as the main MC, older people started to like me.

[Love_ Current girlfriend?] (As soon as I finished this question) I don’t have one. Maybe it is the time of the year I feel lonely. I want to have a girlfriend.

[Magic_ Magical charm] Quick reactions. Not physical reactions, but the ability to properly react in various situations. Quick reactions when at a shooting location, when MC’ing, or when meeting people.

[New_ New things you want to learn] Scuba diving and skydiving. Also, I am thinking of getting a motorcycle license. When I was shooting The Fugitive of Joseon there were a lot of underwater scenes and they were hard. Then I thought ‘It would be easier if I could scuba dive.’ I think it will be helpful for acting. About skydiving, (Choi) Dal-hwan told me it is the most extreme and fun sport in the world. Moreover, it is not that hard to learn as well, so I am interested in it. I have ridden motorcycles a lot during shoots, so I wanted to get my license and enjoy the motorcycle life, but everyone was opposed to my idea.

[Overcome_ Things you want to overcome] I don’t have any. I think I already overcame one. While shooting The Fugitive of Joseon, I have already experienced dangerous scenes and a hard shooting schedule.

[Plan_ Plan for the last half of the year] I want to act one more time. I did The Fugitive of Joseon after 1 year and 2 months since the last drama, so I want to do one more drama or a movie during the last of the year. (Fans asked what about an action movie) Ah, tell them if they want me to do it, then I won’t do it. I don’t want to do everything they want me to do. (Maybe you are a bad guy). We should have push and pull. I want them to enjoy action scenes from other dramas. I will take care of myself. (Laughs)

Part 2 is coming up next!

You may also enjoy: