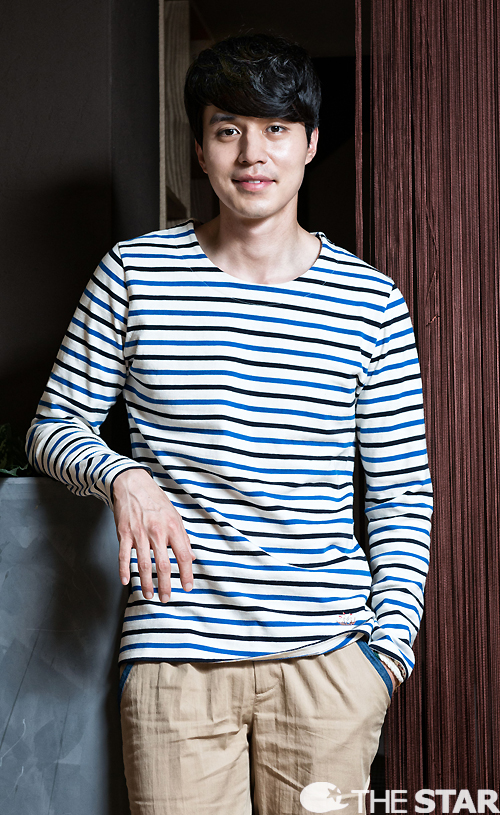 It is done! Yay!! It feels so good to finish off all the interviews from our first giveaway posts. I wanted to finish these before announcing the winners of the second one so, even though it is super late, I am happy we were able to! It’s the small things you know?

This one is for you Mushmush. Enjoy!

All of his answers are witty. His answers are brief but contain all the right answers that the interviewer wants. The actor Lee Dong-wook was acting as a “daughter’s daddy” Choi won in KBS2 drama The Fugitive of Joseon. In the interview with ‘The STAR’, when he was asked questions about the occupation ‘actor’ and people around him, he answered with affection, but when he was asked slightly unfavorable questions, he wittily avoided them. So, it is time to meet Lee Dong-wook, who is getting more attractive the more you know him.

[Question_ Questions you want to ask your fans] Write a 3-page report in A4 size papers answering, “Why do you like me?” and submit it. (How do they give it to you?) They can upload it on the fan café. I don’t think everyone likes all my behaviors in a drama. I want to know their toleration limit about me.

[Relationship_ how did you become closer to Yu-bin] Time took care of it. We were sticking together a lot at the shooting site and I didn’t treat Yu-bin as a kid…our mental ages were similar. I am not sure whether I am immature or Yu-bin is mature. We became close to each other while squabbling. Yu-bin nitpicked me a lot during shooting. “Appa, your line is wrong? No~ double action here.” Then I said “Okay, I already know it.” We squabbled like that. Once I was shooting a scene together with Rang (Kim Yu-bin) and Prince Kyung-woon (Dong-hyun), it drove me crazy. Dong-hyun was unfocused, Yu-bin was nitpicking me, I was tired because I didn’t get enough sleep. We got close to each other through fighting each other. (Who won the fight?). I won. I just told them, “Everyone, be quiet!”

[Scandal_ a star you want to have a scandal] the Hollywood movie star Amanda Seyfried (29). She is really pretty, a good actress, and full of charm. (What about Korean actresses?). Even if I have one, I don’t have one. 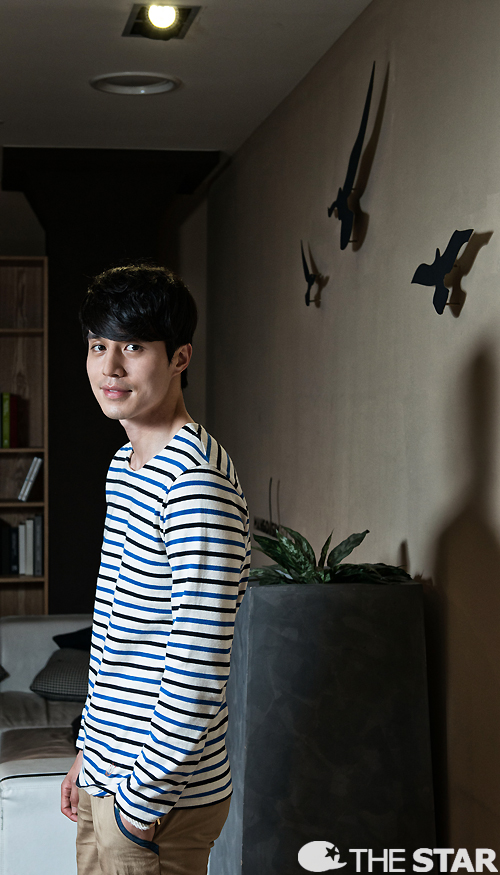 [Treasure_ Treasure number 1] My dog. I worry about him because he is not welcoming me anymore. Maybe it is because of his old age. I am sure he will pass away in the next few years. I like having a dog, but now I worry about myself and my family because it is almost that time to let him go. We have been together almost 13-14 years and I want to keep him healthy and next to me a little longer. (What is his name?) Ho-gu. In 2001 drama Pure love, I was Yum Jung-ah noona’s younger brother and her name was Jang Ho-soon and my name was Jang Ho-gu. I adopted him while I was in the drama, so his name is Ho-gu. After I named him, I felt a little sorry about that {Ho-gu is pushover in Korean}.

[Unless_ If you didn’t become an actor] What do you think? I could have been an office worker… I don’t think I would have been a successful business man. (Why?) I don’t have the tendency. When I was in middle school and high school, I wanted to be an hotelier. I guess I would have a good life somewhere. (I think if you became an office worker, your coworkers would like that. Because they are working with a handsome co-worker) I think if I was not an actor, I would have been chubby. I like eating. I stay in shape just because I am an actor… it is my sense of duty as an actor.

[Variety show_ What if you have an offer from a variety show] Not now, but I want to do it again. I had fun and enjoyed it when I was in Strong Heart. But since they are two different fields, it was certainly difficult. When I was shooting Strong Heart, I felt like my heart was exploding. It was the best feeling I had for the last 10 years. I was worried about passing out while recording. I was the MC and didn’t want to disturb the flow of the show because of me, but I just did it when I had to do it. I think I survived the period because (Shin) Dong-yup hyung was there. I relied on him a lot. (Do you have any variety shows that you want to be in?) I know Dad! Where Are We Going? and Real Man are really popular. I thought I shouldn’t join them in the middle of the show because I don’t know the show well. I liked the games they played when I was in Running Man.

[Wedding_ Your dream marriage life] I want to have a lot of conversations. Even if we are all busy with work, but a family is like a family when they rely on each other and can say “It is hard.” (You are a type that can say what’s in your mind) I try. I live with my parents now and try to talk to them often. My mom looks like, “Even if you don’t tell me about it, I know everything about you.” She always feels sorry and worried about me. When I have an acting project I don’t come home for months at a time.

[X-file_ Reveal your secret?] Secret (X-files)? I can’t reveal anything. Hum… mysticism? What you see on TV is what you get.

[Yealing_ Song Ji-hyo, the person of the same age] She is a generous actress. She always comforted and encouraged me even though she was also having a hard time. It is rare to meet a friend of the same age. (You acted with a lot of noona’s before, now you met a person who is the same age as you, so I wish you meet a younger actress in your next project) I think it is the same if I act with a younger actress. I found that there was nothing special about age after I worked with a lot of noonas. My criteria on older or younger disappeared. Whatever the case, I develop emotions toward them since acting is acting.

[Zeal_ Passion for acting] I am full of passion. It frustrates me because I can’t physically fulfill my passion. I want thi~~s much but I can only do so much. Isn’t it the same for everyone? I think in the end, overcoming it makes the differences. I think people grow when they break their limit. Every time I am on set, it is always difficult and hard. There are no answer and no end to acting, right? I don’t think acting will become comfortable to me, even if I act 30~40 years. However, that is the fun part, right? Finding answers on how to overcome each moment.

When he was in his 20s he said, “I am more looking forward to seeing myself in my 30s and 40s than now”. Is the Lee Dong-wook in his 30s living as he expected when he was in his 20s? “Nothing’s changed. My mental age stayed in my 20s. One clear difference is that my view of the world has widened. Can I say I accept differences? I also think the Lee Dong-wook in my 30s is more attractive. But I think I am doing the same thing, when am I going to grow up…” 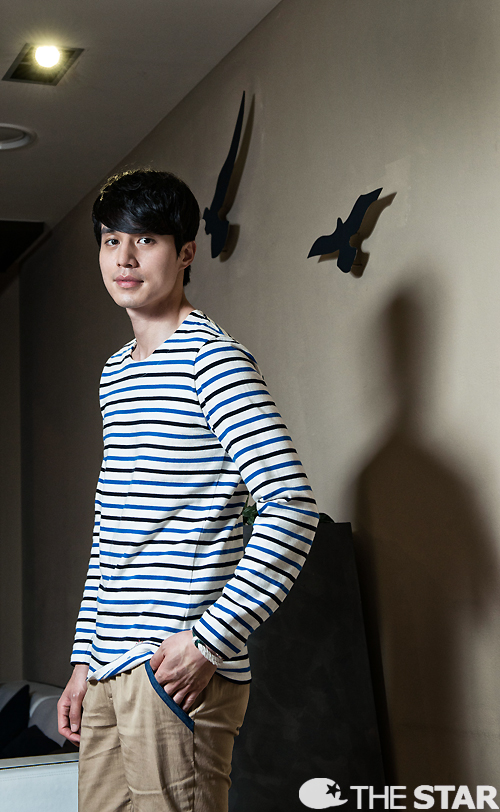 Now it’s finally time to post the winners of the second one. I’ll try to put that up this week. We’ll do it just like we did the last one, where you will just comment with a link to the post/video you would like translated. Or, if you don’t have one picked then you can just tell us the artist you would like something translated for and we will look for one for you!