Home > Interview > Kim Ji-won The Star Interview: Dreaming of a Love Like the Gu-won Couple 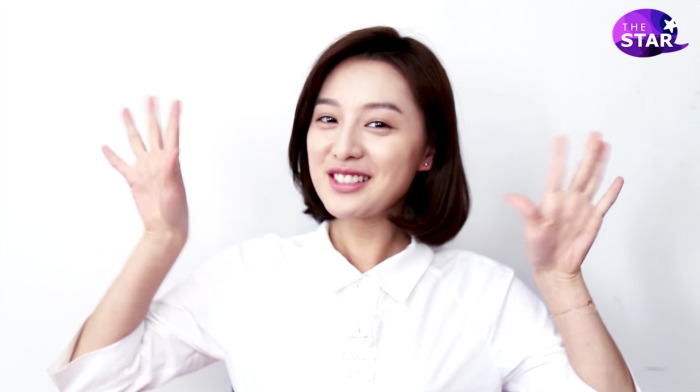 Here is a requested video from Lalaloo. Lalaloo wanted something to do with Kim Ji-won (김지원), so after looking through YouTube we were able to find this video interview for them. This was a fun video to translate because Kim Ji-won is pretty expressive, she was constantly moving her head or laughing or smiling or looking up as the thought. She really has a casual way of capturing your attention. The embedded video and transcript are below as well as the screen captures. Enjoy!

Ji-won: Hello The STAR audience, this is Kim Ji-won. Nice to see you. I am looking forward to participating in this interview today.
Kim Ji-won: Oh my god, is that true? I don’t know what to say.
Kim Ji-won: Aigoo, Aigoo

QUESTION: HOW CAN YOU BE SO PRETTY?
Caption: Breathtakingly beautiful
Caption: Her beauty and her personality are like an angel.
Caption: The STAR “Cupid” actress Kim Ji-won

QUESTIONS FROM KIM EUN-KYUNG
Question: In the drama [Descendants of the Sun], you appeared to be very lovely, what is your real personality?
Ji-won: Yoon Myung-joo and I are about 50% alike. Some parts are similar and some are not. The easy-going part is similar.
Caption: The easy-going part is similar.
Ji-won: But her decisiveness and charisma are not similar to me
Caption: Her decisiveness + charisma are different from Kim Ji-won

QUESTIONS FROM SONG HAN-SUL
Question: In the angel flying scene, I heard you were lovelier than the script. How did you prepare for it?
Ji-won: I read the script during a script reading session in the writer’s office, I just suggested to the writer as a joke “I am an angel,” then she told me, “You should do it.” That is how it was coincidently created.
Caption: Kim Ji-won’s own “I am an angel” perfectly fit Writer Kim Eun-sook’s taste

Question: Can you show it to us one more time?
Ji-won: When I let down my hair and put on high hills, it is super pretty. “I am an angel” ha ha ha

QUESTIONS FROM YU NA-RAE
Question: Your characters usually express love, do you want to be a character who receives love?
Ji-won: This time, we did a mutual love story where it looks like both sides could love each other or not. When you watch the later part of the show, there are more scenes like that. Actually, Seo Dae-young’s running away contained his affection to Yoon Myung-joo, I think I am being loved enough in the drama.
Caption: Both sides~ not both sides~ Gu-Won couple is loving each other.
Caption: Seo Dae-young’s running away= affection to Yoon Myung-joo, I am being loved enough (this is military style language)

QUESTIONS FROM KIM SO-YOUNG
Question: I heard actors from [Descendants of the Sun] went to Yang-pyung, do you have any fun memories?
Ji-won: Before shooting the drama, four of the actors and staff members went on some kind of retreat to keep the camaraderie up. I am afraid of water, but there was a river and everyone was enjoying water sports. But when they knew I was afraid of water, one of them pushed me into the water as a joke. For me, I have the memory of crying and getting in and out of the water.
Caption: Before [Descendants of the Sun], four of them went on a retreat.
Caption: Kim Ji-won is afraid of water
Caption: Pushed me into the water

QUESTION FROM LEE MIN-JOO
Question: Among the actors you have acted with, who do you want to act with again?
Ji-won: I think I had the best match with Jin Gu seonbae. Well, he is the most recent one and while shooting the drama, he gave me a lot of advice and helped me out a lot, I am always thankful to him.

QUESTION FROM JANG SUN-HAE
Question: How are you so pretty? How do you maintain your beauty?
Ji-won: My beauty is reborn every morning by the hair and make-up artists before I go to work. So, I don’t do anything special myself. I think because the character of Yoon Myung-joo had a beautiful presence, people see me as beautiful as well.
Caption: The beauty that is created by stylists
Caption: Without any special care, she is just pretty

QUESTIONS FROM KIM EUN-AH
Question: I can’t believe you have never dated before. Do you have a lot of people hitting on you?
Ji-won: I am not a person who has never dated before. I dated someone when I was resting, but I have never had someone hit on me. Also, I spend a lot of time with my seonbae’s at shooting locations, I don’t have much of a chance to hang out with someone my age… so it hasn’t happened. Hasn’t happened.
Caption: Thinking Hard
Caption: I have never had someone hit on me.

Question: To the STAR audience!
Ji-won: I think this year is my lucky year since I was in a great drama [Descendants of the Sun] as Yoon Myung-joo. With all the love and interest that you give to me, I will think carefully and work hard to show better acting for the fans. Thank you so much for watching this interview till the end.

That is the end of it. Next up on the giveaway translations is Bubyluvy with our last Park Seo-joon Elle interview and then MushMush with a Kim Seulgi and a Lee Dong-wook interview. Our goal is to post Both of those before the last two episodes of Fight for My Way airs. Wish us luck! 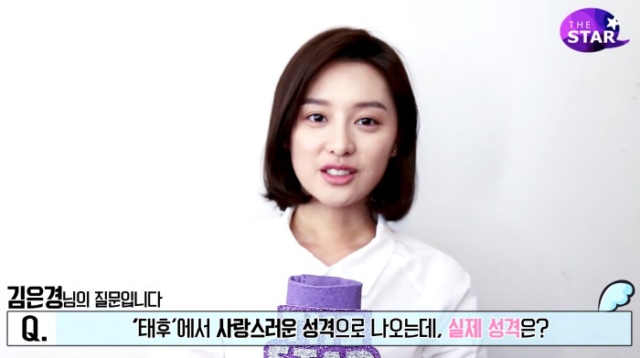 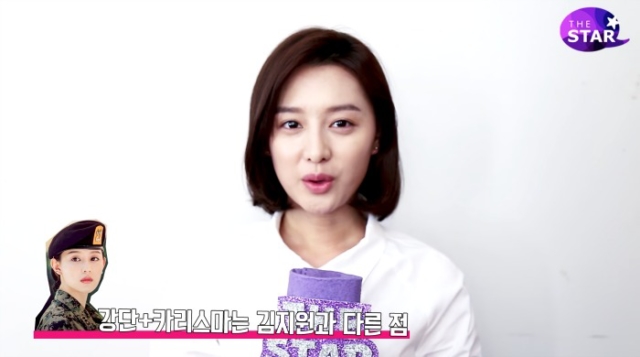 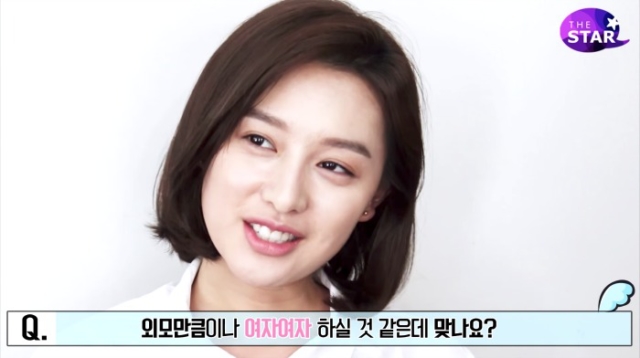 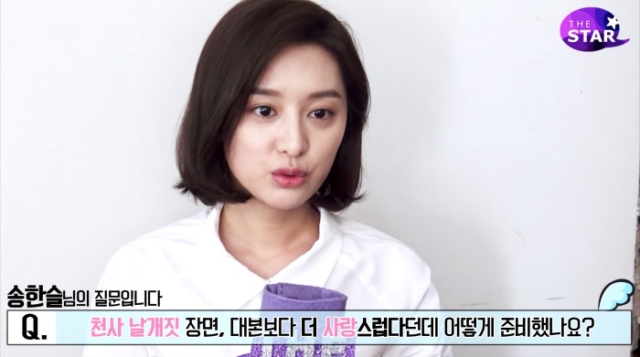 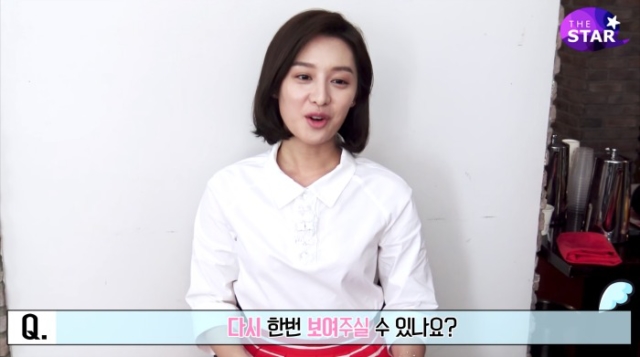 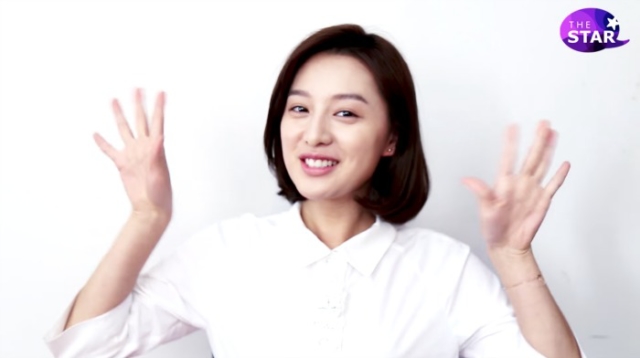 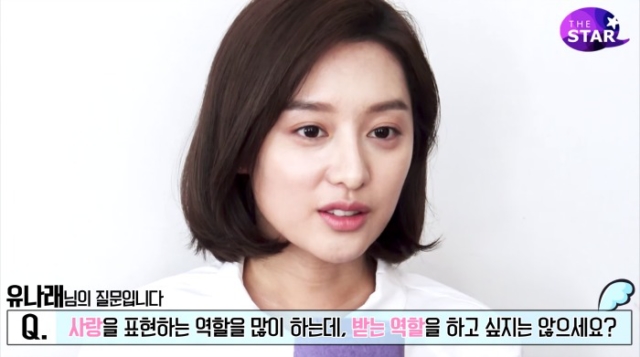 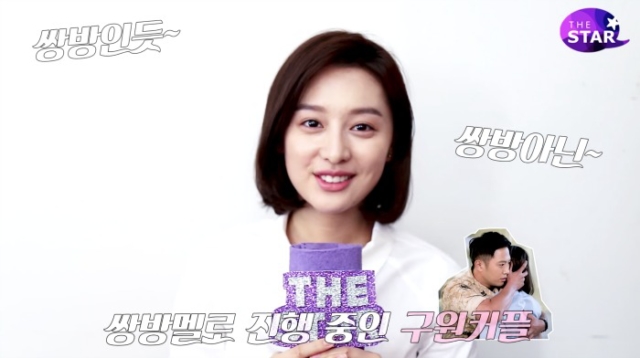 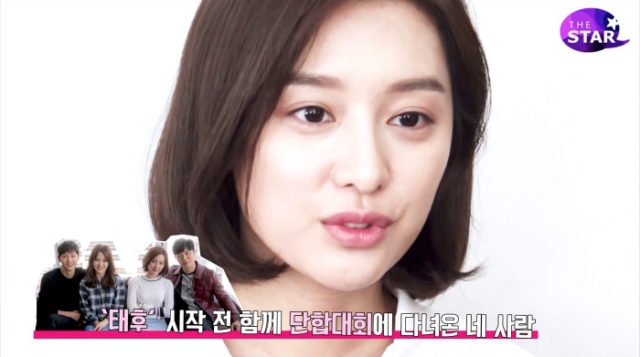 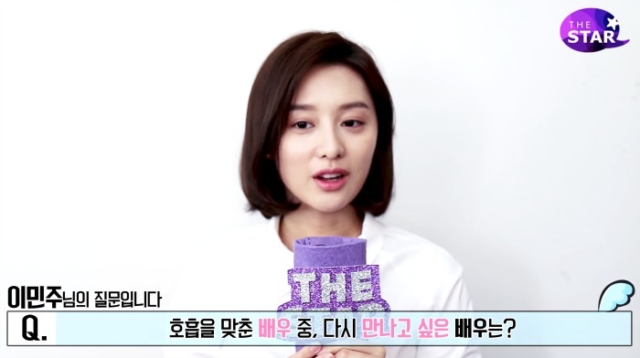 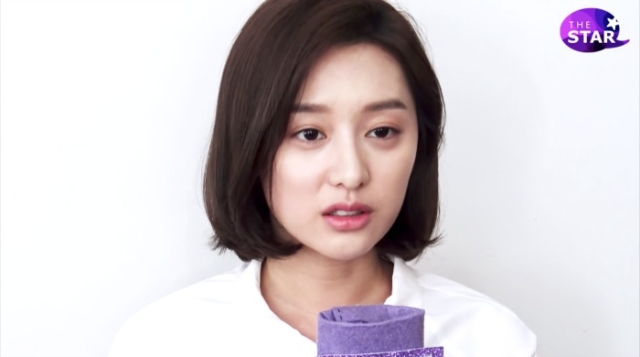 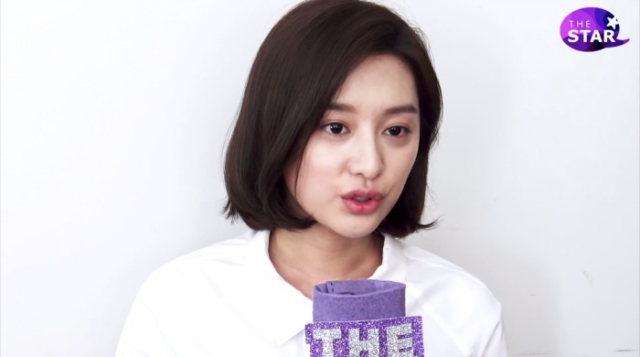 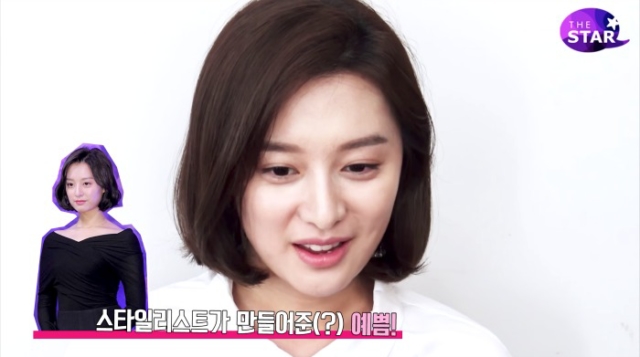 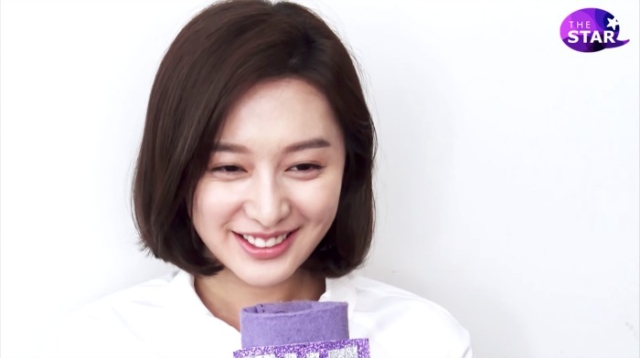 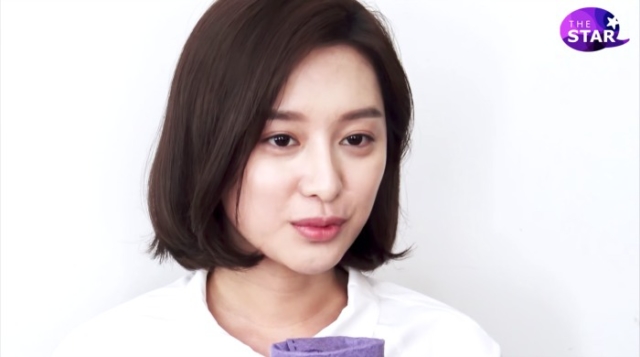 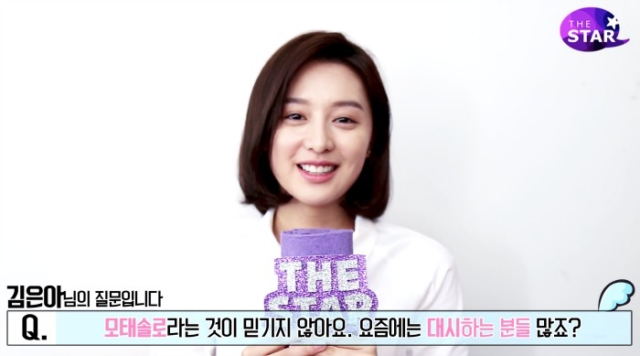 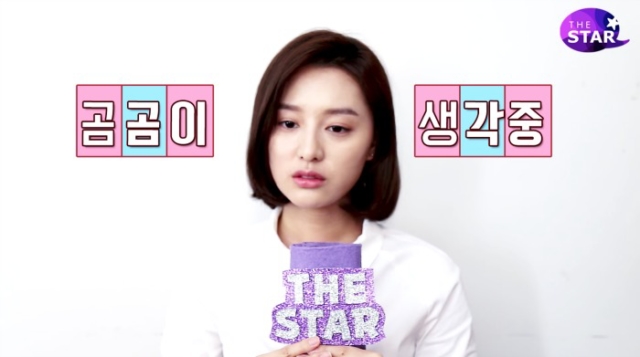 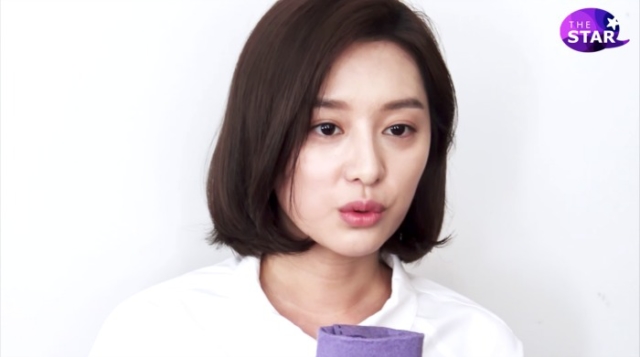 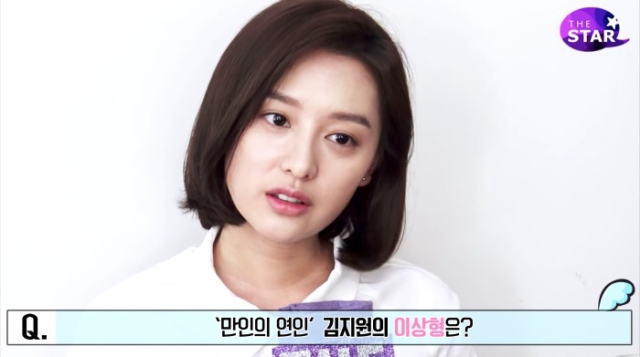 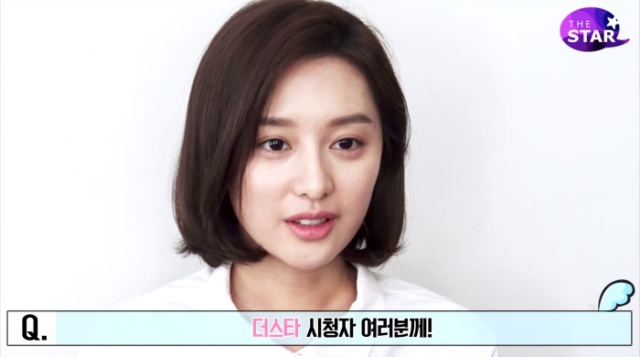 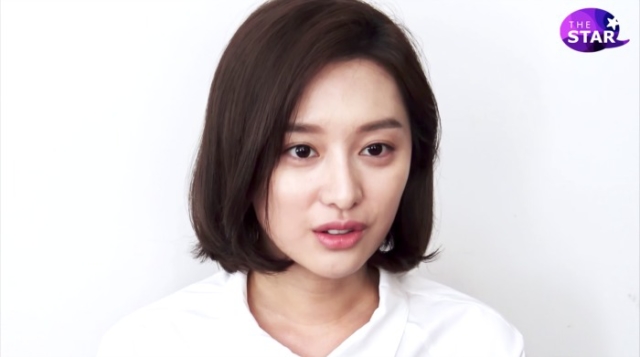