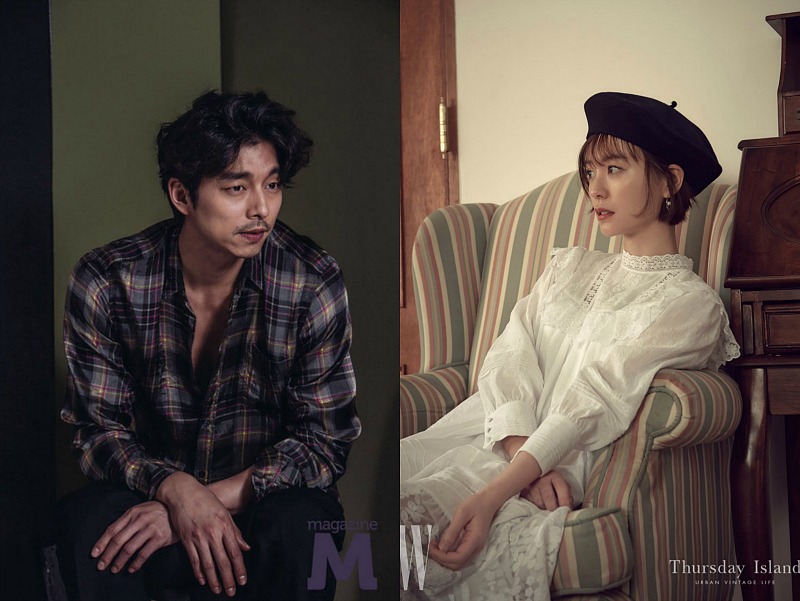 This new movie is a reunion with his Train to Busan costar Jung Yumi (정유미;) who also starred with him in the film Silenced back in 2011. Both films were critically acclaimed hits. This film marks their third outing together which puts them in Jennifer Lawrence and Bradley Cooper territory (ie. costar hitmakers); they might just have the secret sauce when working together. If this film is a hit as well then they may as well go on ahead and get married. I mean, they are both under the same management so the secret would be safe, right? If not, then I volunteer as secret keeper.

In this movie, Gong Yoo will play Jung Dae-hyun who is husband to Kim Ji-young. Jung Yumi plays the titular character and incidentally was born in 1983, so not too far off the mark. There is not a lot of information about this movie, but it looks like her LIVE character might be getting rinsed and repeated. Here is Asian Wiki’s description so far:

“Kim Ji-Young is an ordinary Korean woman. She faces discrimination at home, school and work because of her gender.”

I assume the movie will follow closely with the feminist novel of the same name written by Cho Nam-joo. The book was an amazing hit after it’s publication in 2016 and quickly sold hundreds of thousands of copies in one year going on to be the young feminist think piece of this generation. The book is a strange book though that would probably be best classified as a literary novel that Riverhead would publish. It is a novel told through anecdotes of the very ordinary Kim Ji-young’s life. Actually Kim Ji-young was chosen as the characters name because that was the most common name for a girl born in 1982.

Kim Ji-young does not fight the system, she is more like Yoon Jin-ah in Pretty Noona Who Buys Me Food in that she just sits and takes all the sexism and male chauvinism at work, school, and home. She is just the ordinary young woman caught up in a capitalistic contemporary society that kowtows to men.

But then things start to get weird. She starts to take on the personality of others as if she has completely lost her own identity and self worth – it appears that society is starting to drive her mad. If you want to read a thorough write up of the novel then check out DramaROK’s in depth take on it. The author of the book also gave an interview (the article is in English) about it where she said her mother text her frantically to tell her that the president of Korea even read her book. Before that she didn’t actually know it was a hit.

I can see why Gong Yoo said yes to this project because it looks like this movie might be one of the most anticipated page to screen adaptations coming out of Korea next year and possibly another go at Cannes for our duo. May the mighty winds of good fortune be ever on your back because you know everyone that loved this book-of-a-generation is going to be watching – closely. I think they’ll be okay. ^_^