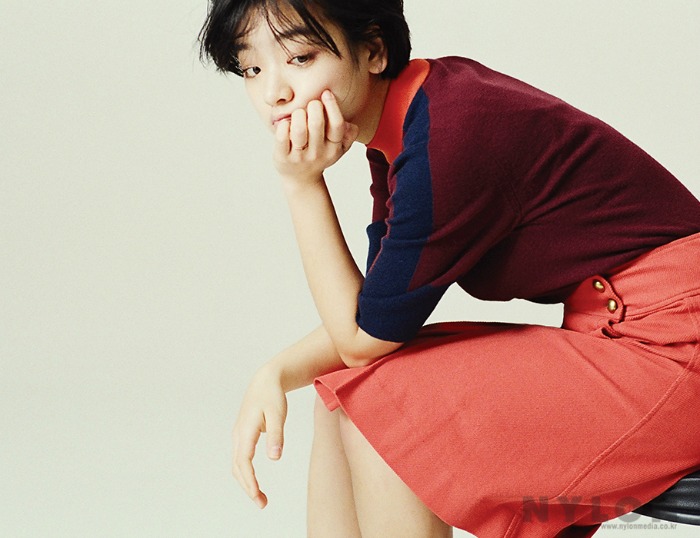 For those of you who watched and loved Weightlifting Fairy Kim Bok-ju, you should recognize this interviewee, Lee Joo-young (이주영), who played one of Kim Bok-ju’s besties in the TV show. This woman has an opinion and she is not afraid to use it.

We put the word ‘actor’ Lee Joo-young in the title because she had a big issue with the word “actress” in her SNS, but we did use actress throughout the interview section because they talk about female actors a lot and it is easier to understand and read when using “actress” rather than “female actor” all the time. I get the debate though.

Also, we put all the clothing links are at the bottom for everyone who sees a pair of clothing or shoes from a magazine and screams I MUST HAVE THAT. Or is that just me? 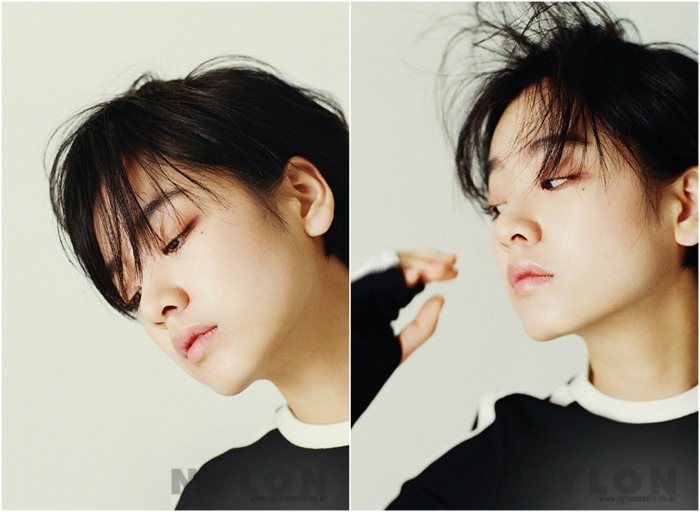 Actor Lee Joo-young is the only one shaking her own world. She lives like that and will not change.

I have so many questions to ask you so it is hard to choose what to ask you first. First of all, if you have any questions in mind that you don’t want me to ask you or mention, I won’t bring that up.
“Girl crush.” Actually, I don’t even know what it exactly means. It is not only said to me, but to many other actresses and whenever I hear it I always think, ‘What does that word mean? When is it going to disappear?’

Then I should ask you about the drama Weightlifting Fairy Kim Bok-joo first since it is airing now. I heard that it is your first TV drama after working mostly in movies. I guess TV dramas are similar to movies, but they also have some differences, so did you have a hard time adjusting yourself?
Once I started it, there were many differences. The production process itself was different. Whatever happens, TV dramas should be aired on schedule, right? It was difficult in the beginning, but I feel comfortable now. I learned how to let things go and act more relaxed since this drama started.

After watching some of your earlier work, I felt that you grew a lot in your recent projects than your earlier works which are similar to each other. Do you notice your growth while acting?
I think it is not about the growth of my acting abilities, but I think it is because I became more relaxed. Of course, I have to push myself and think a lot while acting, but I stop thinking about other things except acting.

Maybe it is because of the drama, you definitely have more people recognizing you. I think it is because of your acting, but also because you have a distinguishable charm that is not found from other actresses. Do you know what it is about you that people are interested in?
I don’t exactly know what it is. I am also curious about how people recognize peculiar or different features of myself from others. I don’t have a lot of actress friends, but some of my other actress friends have similar thoughts as well. I think I have a very ordinary thinking process similar to other people.

What can be an example of your very ordinary ideas (or thoughts)?
The conversations I have with friends often. We talk about very unfair things, which we can recognize or underlying (unnoticeable) ones. We talk about things that can’t be tolerated as a human being, not just as an actress. I try to do things fairly and squarely. I talk a lot about those things with my friends

When I read your interviews or SNS, I recognized you are not hesitant to speak out about your ideas on those topics. One more guess, you like cute things, right?
Hahaha, yes, that is true. I also found that sides of myself recently.

Do you have any other sentences (or words) that can describe yourself?
One just popper into my head, “Someone who doesn’t think about tomorrow” or “Only live today.” Anyhow, I came across the answer “acting” without thinking about it deeply. And I thought my answer can change anytime. Well, of course, I am not just acting without any passion. I have the desire to be a better actress, but I often think about how long I will have that desire. I don’t have too much attachment towards earning or losing something. I think someone may think, “Why is she living her life so futile?” Well, I just live my life like that.

What do you want to show the audience as an actress in the future?
Recently, I saw the movie Missing and I really loved it. We have a lot of great actresses but they are not in movies much. When they do appear in movies, I often think ‘Why is that great actress taking on that role?’ But the acting of the actresses was lively in Missing. I want to take part in those movies. It isn’t about being the female lead or how long my part is, but rather as a character who can be soundly justified, even if the appearance is short. I would like to work on those project where people will think I am the perfect fit for the role.

I certainly agree with this, but I am also a little cautious about it as well. If I put what you said in the interview, someone will oppose your ideas and mention the word “Feminism.”
That’s fine. When we had a big issue with the word “Actress (or female actor)” previously on Twitter, I still don’t think I said something I shouldn’t have said. I don’t even know why it became a big issue at all. I just feel like people are telling me, “The thing you ate today was not rice” when I said, ‘The thing I ate today was rice’. I think people’s view of me won’t change in the future. But I won’t surrender or change my mind now or in the future. 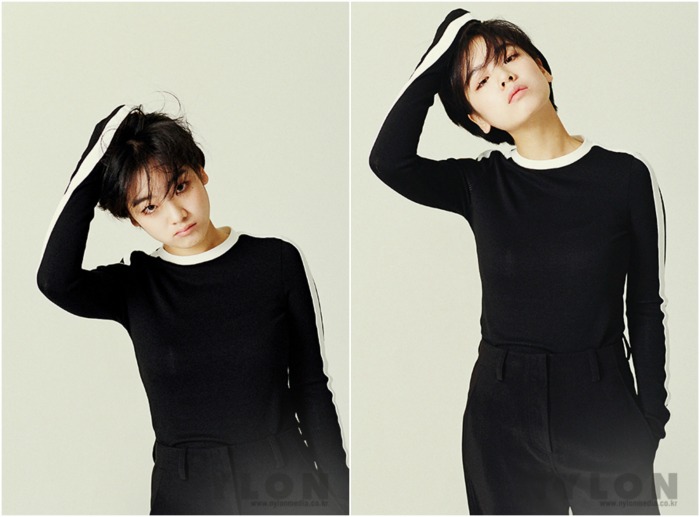 CLOTHING
{1} The contrasting color Turtleneck and skirts are all by Tori Birch, Gold rings are from the stylist.
{2} White line detail knit is from Maje, corduroy wide pants are from Each x Other, The gold ring is from HaeSoo.L.